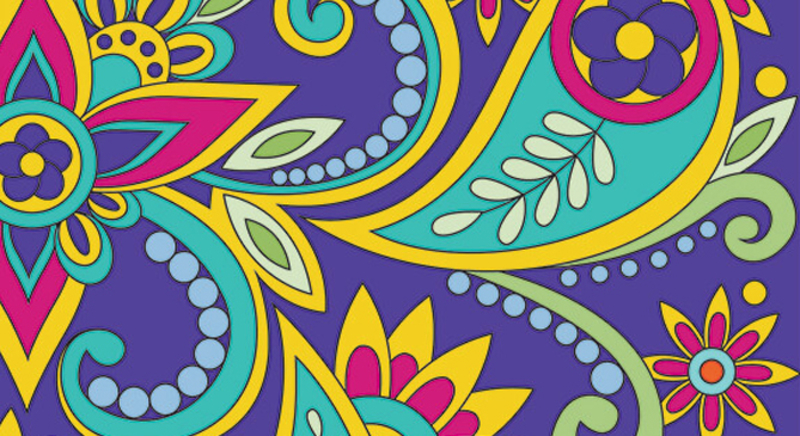 8 Therapeutic Benefits of Coloring in Adult Coloring Books and Apps

Coloring is an activity which is generally associated with children. For a long time, adults resorted to coloring to keep the children occupied during babysitting. The concept of grownups devoting time in coloring books was considered silly and trivial. However, that notion is slowly going for a toss. Psychiatrists as well as researchers have concluded that coloring is beneficial for adults, especially due to its de-stressing capabilities.

The usage of adult coloring books and apps is slowly gaining popularity in the U.S., France, UK, and Spain. Apart from reducing stress, coloring is considered as a potent form of art therapy with several other therapeutic benefits for both, physical and mental health. The list below will highlight and detail 8 benefits of investing in an adult coloring book or app:

1. Relief from Stress and Anxiety:

The benefits of coloring as a therapy to reduce stress was first highlighted by psychologist Carl Jung in the earlier part of the 20th century. He established his opinion by coloring mandalas, which are spiritual geometrical designs, often used in Hinduism and Buddhism to represent symmetry of the universe.

Apart from Jung, psychologist Gloria Martinez Ayala also states that coloring reduces activity in the amygdala, an area of the brain which controls the emotions we experience while under stress (4). In layman terms, it can be said that coloring enables us to focus solely on the creative activity and not on our worries.

Stress and anxiety are two mental conditions which go hand in hand. So, de-stressing inadvertently helps in preventing anxiety attacks from taking place and also helps a person cope with negative emotions. A study conducted in 2005 documented that there was a significant decrease in the anxiety levels of the study participants after they spent a short span of time coloring geometrical patterns.

While the use of adult coloring books are prevalent among patients involved in therapy, the common folk have also started using them at their homes and workplaces to deal with stressful situations. If a physical book is too much to carry around, you can always download adult coloring apps, such as the Stress Relief Adult Coloring Book, on your phones and tablets.

“The action involves both logic, by which we color forms, and creativity, when mixing and matching colors. This incorporates the areas of the cerebral cortex involved in vision and fine motor skills [coordination necessary to make small, precise movements].” says Ayala.

3. An Effective Alternative to Meditation:

It has been found that adult coloring apps, adult coloring books, and pages invoke the same responses from the brain, as seen while meditating. It is an established medical fact that meditation has potent psychological benefits. However, one can only reach the zen state of mind after years of practice. The common problem which we all face during meditation is to refrain from thinking anything. However, coloring, being an alternative and more of a hands-on approach, allows us to “do something while solely focusing on the activity.

Dr. Stan Rodski, a neuropsychologist by profession, who also publishes his own line of adult coloring books, states that this particular art therapy enkindles a relaxing response in our mind, akin to what we feel during meditation. Coloring is also not devoid of physical health benefits. Rodski stated that significant changes in brainwaves and heart-rate was observed when someone paid undivided attention to the designs and patterns while coloring.

Stressful situations and constant work pressure that we face on a daily basis often affects our focus and creative skills adversely. Filling in intricate patterns, while keeping in mind suitable color combinations, not only spurs our creative skills but also helps us improve our focus. Theresa Citerella, a student of art therapy at the Lesley University, was quoted saying that a lot of her classmates use coloring books in class to focus on their lessons.

Similarly, Theresa also states that fidgety clients attending therapy sessions tend to ask for coloring books to concentrate and participate in group discussions. To achieve these positive results, people have started using adult coloring apps, such as the Mandala Coloring for Adults, on their smartphones and tablets. Coloring apps help you engage in this creative activity on the go.

While our mind is engaged in coloring, it seldom diverts and relapses into negative thoughts. We concentrate solely on filling the patterns with colors, picking the right hues, and coloring within the lines. Dr. Joel Pearson, a brain scientist working at the University of New South Wales, believes that while the human mind focuses on coloring an image, it replaces all the negative thoughts with positive ones.

6. Therapy for Neurological and Mental Disorders:

Although unconventional, many psychologists use coloring as a form of art therapy to treat patients suffering from obsessive-compulsive disorder, post traumatic stress disorder, anxiety and panic attacks, depression, eating disorders, drug addiction, anger management, and many more mental and neurological issues. Adult coloring books, with the help of complex designs, engage the person’s attention in a productive activity, removing the mind’s focus from the negative issues and habits.

Coloring is gaining immense popularity among adults all over the world for its multiple health benefits. The activity is increasingly used as a social group activity in many clubs and events. Coloring has also helped parents connect with their kids and spend quality time with them. The bond between the child and the parent strengthens when the kids see their parents engaging in an activity they love.

Coloring tugs onto our nostalgic strings and takes us back to the simple, happy days of our childhood. As adults, we are burdened with responsibilities and are under constant pressure most of the time. Reliving childhood days by investing in an adult coloring app or book, not only refreshes our body and mind, but also provides us with an emotional catharsis, which we need from time to time.

Coloring is steadily becoming a popular form of art therapy and is increasingly being used by adults to counteract stress and help improve focus. Hopefully, the 8 therapeutic benefits of using adult coloring books and apps discussed in detail above will help in clarifying doubts and answering questions regarding this popular form of therapy.